Materials and Methods: We searched for sources and background in Pubmed, Medline, Web of science and CNKI (Chinese national knowledge infrastructure), using the following keywords: “cytochrome P450 2E1” or “CYP2E1”, “polymorphism” or “genotype”, in combination with “alcoholic pancreatitis”. All meta-analyses were performed with Stata 12.0. Subgroup analyses on ethnicity and type of alcoholic pancreatitis were conducted as well.

Alcohol abuse is a severe medical and socioeconomic problem1, which is known to cause pancreatitis, a type of inflammation of the pancreas. There are two forms of alcoholic pancreatitis, acute and chronic. They are essentially the same disease but at different stages. Alcohol is the leading cause of chronic pancreatitis in approximately 70 % to 80 % of the patients living in developed societies2,3. It was reported that characterization of intestinal microbiota contributed to the occurrence of pancreatitis in alcoholics4. In addition, genetic factors also play a significant role in the risk of pancreatic injury, and the inflammatory processes5,6.

Cytochrome P450 2E1 (CYP2E1), a member of CYP family, metabolizes low-molecular-weight compounds, such as endogenous substrates, centrally acting drugs, and bio-activating toxins7,8. CYP2E1 is primarily expressed in the liver, but also exists in the pancreas9. The human CYP2E1 gene exhibits two point mutations in the 5‘flanking region (RsaI/PstI), which are in complete linkage disequilibrium, and one mutation in 6‘ flanking region (DraI, alleles D and C). CYP2E1 polymorphisms also play a role in transcriptional activation of the CYP2E1 gene10. Previous meta-analyses suggested that CYP2E1 polymorphisms were significantly associated with the susceptibilities of many diseases, such as lung cancer, gastric cancer, cervical neoplasia, and breast cancer11-14.

In the literature review process, we searched for articles in Pubmed, Medline, Web of science, and CNKI (Chinese national knowledge infrastructure) (ended on May 2018), using the following keywords: “cytochrome P450 2E1” or “CYP2E1”, “polymorphism” or “genotype”, in combination with “alcoholic pancreatitis”. All studies that met the inclusion criteria were then manually screened by two authors, according to the titles and abstracts. Then, the full texts of these articles were retrieved and independently reviewed by two authors and then referred to another author in the instance of disagreements.

Studies were searched to fulfill all of the following criteria: First, the study’s primary focus had to pertain to the association of alcoholic pancreatitis and polymorphism of CYP2E1. Secondly, it had to be an observational study. Lastly, the study must have provided information about the sample size, ethnicity, and genetic distribution of the sample group. Exclusion criteria included: unrelated theme, absence of control subjects, and undetectable mutant type.

Two investigators independently extracted data. If necessary, a discussion and re-examination were conducted to achieve an agreement. When same authors published an additional article using the same case series, the most complete and recent publication was selected. When studies involved several separate control groups (healthy alcoholics, healthy non-alcoholic volunteers or blood donors, respectively), pooled data of these three control groups were considered as one control group for analysis. Data were extracted from the included studies as follows: the first author, year of publication, number of cases, country, race, control type, age, and type of alcoholic pancreatitis.

Our meta-analysis followed the recommendations of the PRISMA statement. Newcastle-Ottawa Scale (NOS) criteria were used to assess the study quality. Those studies that met five or more NOS criteria were considered of high quality. The odds ratio (OR) was plotted to measure any possible sample size bias. Heterogeneity analysis was performed using I2 value. Results were summarized using forest plots. Egger’s test and the funnel plot were performed to evaluate the publication bias. Subgroup analyses were also performed on race and type of alcoholic pancreatitis. STATA 12.0 software was used to perform all the statistical analyses (Stata Corp., Texas, USA).

As shown in Figure 1, we identified for this meta-analysis 38 publications, 18 irrelevant papers, four review articles15-18, and two papers on animal studies19,20 that were discarded. One conference paper21 was discarded because it did not show any genotype results. After the entire exclusion process, 13 observational studies met the inclusion criteria. Four of these 13 studies22-25 used the same two case series, so the most recent publications were included22,25. Ultimately, 11 publications were included6,22,25-33, including 595 patients with alcoholic pancreatitis, and 1767 controls. 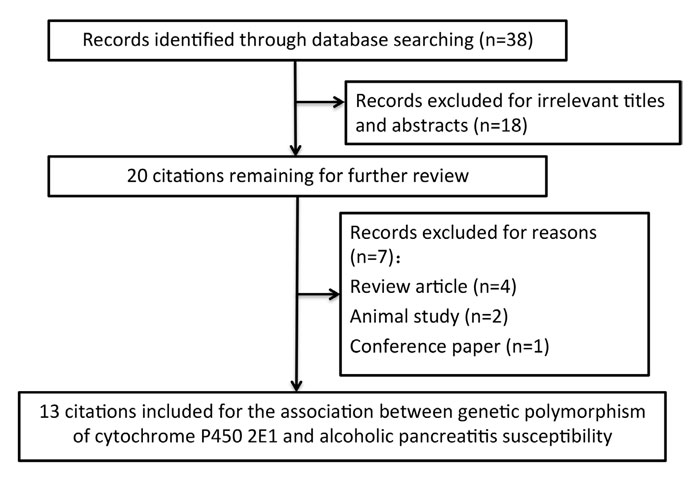 Figure 1: Flow diagram of the search strategy and study selection of the present Meta-Analysis.

Figure 2: A) Cytochrome P450 2E1 (CYP2E1) RsaI/PstI polymorphism was not associated with the risk of alcoholic pancreatitis for a dominant model (c2c2+c1c2 vs c1c1). B) There was no obvious publication bias test for this model by funnel plot.

Figure 3: A) Cytochrome P450 2E1 (CYP2E1) RsaI/PstI polymorphism was not associated with the risk of alcoholic pancreatitis for an allelic contrast model (c2 vs c1). B) There was no obvious publication bias test for this model by funnel plot. =1.92, 95 %

Figure 5: A) Cytochrome P450 2E1 (CYP2E1) DraI polymorphism was not associated with the susceptibility of alcoholic pancreatitis risk for a dominant model (CC+CD vs DD). B) There was no obvious publication bias test for this model by funnel plot.

Figure 6: A) Cytochrome P450 2E1 DraI polymorphism was not associated with the susceptibility of alcoholic pancreatitis risk for an allelic contrast model (C vs D). B) There was no obvious publication bias test for this model by funnel plot.

The sensitivity analysis showed that, when altered according to the effect models, these two models did not show significant changes. When we omitted any given single study, the significances of the overall results did not change (data not shown), which indicated the stability of the results.

Alcohol abuse is a severe medical and socio-economic problem, which leads to the damage of many organs: some of which are the liver34,35, pancreas36,37, heart38,39 and brain40,41. When damage occurs in the pancreas, it is common for acute or chronic pancreatitis to develop. The occurrence of alcohol-induced pancreatitis has no differences in gender and alcohol consumption patterns42. It is reported that the genetic differences in alcohol-metabolizing enzymes may result in different metabolizing rates and affect the susceptibility of alcoholic pancreatitis43,44. CYP2E1 plays an important role in the initial stage of alcohol metabolism, especially in the microsomal ethanol oxidizing system34. Therefore, we performed this meta-analysis to demonstrate the association between genetic polymorphism of CYP2E1 and the risk of alcoholic pancreatitis. Our results for the overall data suggested that CYP2E1 RsaI/PstI and DraI polymorphisms were not associated with risk of alcoholic pancreatitis.

Some possible limitations of this meta-analysis include race, age, sex, occupation, smoking history, and so on. However, we only performed subgroup analysis on ethnicity and the type of alcoholic pancreatitis; subgroup analyses on other risk factors could not be performed due to the limited information of the included studies. Secondly, this meta-analysis only included in published articles; thus, publication bias may exist. Thirdly, only 11 studies were included in our meta-analysis, ten for RsaI/PstI polymorphism and four for DraI polymorphism. Although subgroup analysis for RsaI/PstI polymorphism was performed, there were only four articles for the Asian group, and six for the non-Asian group. Therefore, large sample, preferable studies were needed to demonstrate the results.

All authors declared that there were no potential conflicts of interest.

This research was supported by the National Natural Science Foundation of China (No. 81701962).