Hypereosinophilia refers to an absolute eosinophil count of ≥1.5 x 109/L and can be caused by numerous allergic, infectious, and neoplastic disorders. CF is an autosomal recessive disease caused by mutations in the CFTR gene, leading to complex and multisystemic dysfunction, mainly in the respiratory and gastrointestinal system. Hypereosinophilia is a rare phenomenon in cystic fibrosis (CF), and it has been reported only in cases of allergic bronchopulmonary aspergillosis1.

The combination of failure to thrive, presence of large green stools, and hypoproteinemia raised the suspicion of CF. The sweat chloride concentration was 105 mmol/L (reference value <40). Genotyping for CF transmembrane regulator (CFTR) gene mutation revealed homozygosity for (Delta)F508. Biopsy of the rash for histopathology was not performed because a trial of therapy was preferred. Following treatment with human albumin, erythrocyte transfusions, and pancreatic enzymes, the edema and rash quickly improved as well as the eosinophilia, the hypoproteinemia, and the IgE levels. Breastfeeding was continued and the infant thrived well during the 12 months follow-up period. 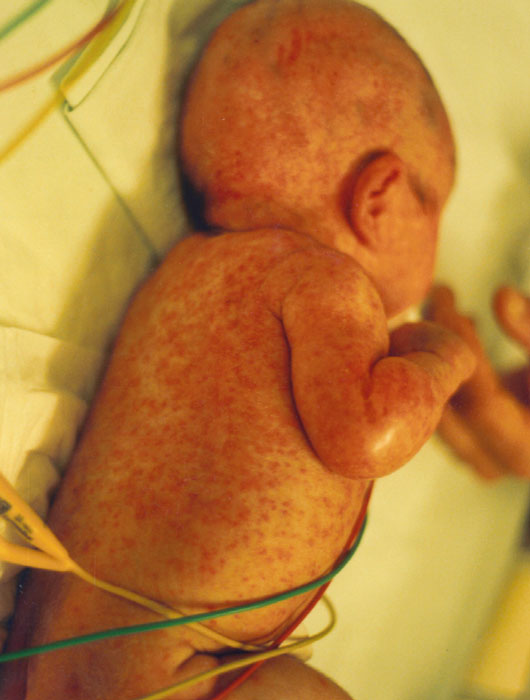 Figure 1: Extensive eczematous dermatitis as it appeared on admission. The elbows are edematous.

Cutaneous manifestations of CF in infancy are rare and present mainly as acrodermatitis dysmetabolica with perioriﬁcial and acral dermatitis and is not associated with atopy. It presumably stems from a combination of nutritional deficiencies secondary to pancreatic dysfunction, as for example lack of zinc, protein and essential fatty acids. Eosinophils located in dermal areas can be activated, but hypereosinophilia has not been reported in such cases2. Atopic features have been described in adolescents and adults with CF and were accompanied with mild eosinophilia. These features were attributed to abnormalities in epithelial barrier function and mucus hypersecretion leading to retention of allergens in the respiratory tract with progressive exposure and sensitization3. Hypereosinophilia has only been reported in patients with CF and concomitant allergic bronchopulmonary aspergillosis1.

CF should be included in the differential diagnosis of infants presenting with generalized eczematous rash, failure to thrive, and hypereosinophilia, thus allowing for earlier institution of therapy and improved outcome. The present report may prompt further investigations as to the etiology of atopy observed in infants with CF.

Authors have no conflicts of interest.