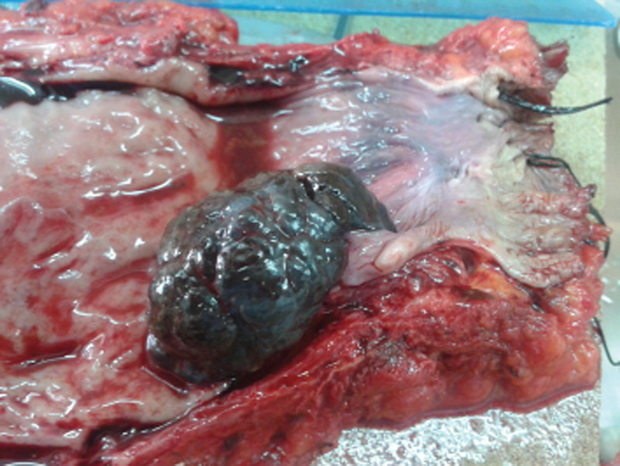 Postoperative adjuvant chemotherapy was not performed because of advanced age.

She is doing well one year after the operation and followed-up every three months at melanoma and colorectal outpatient clinics.

As primary rectal melanoma is defined any melanoma, when it occurs in the rectum above the dentate line5.

The incidence rate has been reported to be 0.1%-4.6% of all anorectal malignant neoplasias and 0.4%-3% of all melanomas6. It usually appears in elder patients with clear female predominance, varying from 54%-76%5.

The most common symptoms at presentation are tenesmus, rectal bleeding, constipation, decreased stool calibre, weight loss and palpable inguinal mass1-3. The clinical diagnosis may be incorrect in 80% of all cases7. At the time of diagnosis up to 60% of patients have metastases6.

Histopathological misdiagnosis is not uncommon, especially in amelanotic cases with unusual morphologic features that can be mistaken for lymphoma, carcinoma, and /or sarcoma8-10. Anti-S-100 protein, Human melanoma black (HMB-45) and antibodies to melan A are the most common “melanocyte specific” stains used in the diagnosis of malignant melanoma9,10 (figures 2 and 3). 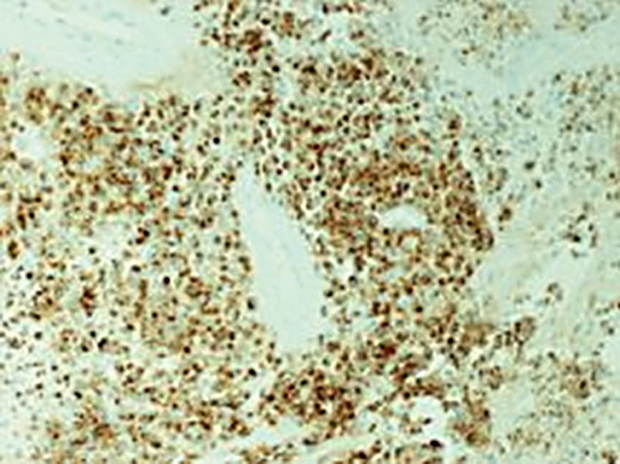 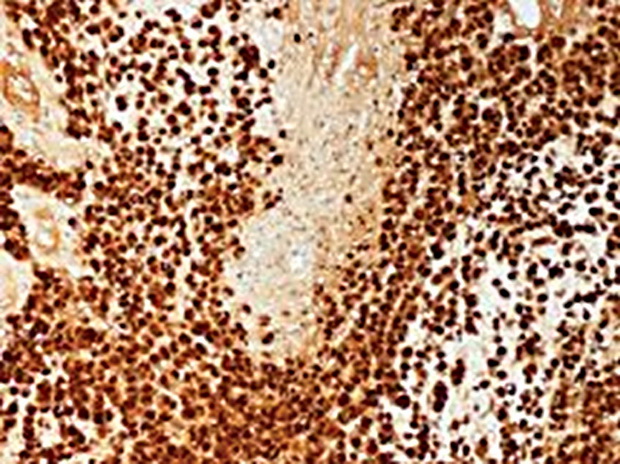 Due to its relative rarity, the treatment of anorectal melanoma is controversial; while it is clear that surgical resection is favoured the extent of surgery has been called into question.

In a retrospective study at the Memorial Sloan Kettering Cancer Centre the authors showed a paradigm shift from APR to wide local excision (WLE)11. They reported that, between 1984 and 1996, 15 of 21 (71%) patients underwent an APR. However, from 1997 to 2003, 21 of 25 (84%) patients underwent a WLE. No differences were seen in patterns of relapse between patients treated with an APR or a WLE: 5 of 19 (26%) patients in the APR group and 7 of 27 (26%) in the WLE group developed local recurrence11. Survival was similar in both groups 32% and 35% respectively. In a review that included 14 series has been reported that there is no stage specific survival advantage for the APR12.

Another lingering question in the treatment strategy of anorectal melanoma (ARM) involves the approach to nodal diseases. The presence of regional lymph node metastases has not been shown to affect recurrence patterns6.

No series large enough has been reported to draw conclusions on the effect of the sentinel lymph node (SLN)biopsy on survival or recurrence; based on these findings some authors suggest no use of the SLNB13,14.

ARM is relatively radiation insensitive tumour, but recently anecdotal responses to treatment have been reported15.

There are also individual case reports of successful palliation with intratumoral injections of interferon-beta in combination with chemotherapy in advanced case16.

The reported 5-year overall survival is 6%-15% of patients after surgery6,11.