Background: Oxidative stress, characterized by the excretion of pre-oxidative and anti-oxidative proteases, has a key role in the pathogenesis of bronchopulmonary dysplasia (BPD). One of the many host anti-oxidant enzymes is glutathione-S-transferase P1 (GSTP1), with three polymorphic alleles having been identified: homozygous ile, heterozygous ile/val and homozygous val isomorph. The aim of this study was to examine the genetic predisposition to BPD in the GSTP1 polymorphisms.
Methods: A prospective case-control study was carried out in the 2nd Neonatal Intensive Care Unit of Aristotle University in Thessaloniki, Greece during 2008. The genetic polymorphisms of GSTP1 in 28 preterms <32 weeks gestational age (GA) with BPD compared to 74 controls (33 preterms without BPD and 41 healthy terms) were examined.
Results: The homozygous ile isomorph was predominant in all groups (preterms with BPD: 82%, preterms without BPD: 70%, healthy terms: 78%), followed by the heterozygous ile/val (14%, 18% and 20% respectively) and the homozygous val isomorph (4%, 12% and 2% respectively). The homozygous ile isomorph was also identified in the majority of preterms with mild (80%), moderate (100%) and severe (73%) BPD. The GSTP1 genetic distribution did not differ between the groups and GSTP1 polymorphisms were not associated with the severity of BPD.
Conclusions: This study could not confirm an association between GSTP1 polymorphisms and the development of BPD or the severity of the disease.

Bronchopulmonary dysplasia (BPD) posits a significant problem for premature neonates who require mechanical ventilation and/or oxygen therapy, affecting especially very low birth weight infants (infants with birth weight less than 1,500g),1,2. The multifactorial pathogenesis of BPD includes the immaturity of neonatal lung tissue, mechanical ventilation side effects such as barotrauma and/or volutrauma and inflammatory events. One of the potential pathogenic factors of BPD is oxidative stress, that is an imbalance between oxidation, with production of reactive oxygen species (ROS) and anti-oxidation defense mechanisms3. The anti-oxidation host response consists of anti-oxidants and anti-proteases production, such as ascorbic acid, bilirubin, superoxidase dismutase, catalase, glutathione peroxidase and glutathione-S-tranferases (GSTs)4.

Glutathione-S-tranferases are a family of enzymes that catalyze the nucleophilic addition of thiol to a variety of electrophiles5. Based on their biochemical, immunologic, and structural properties, GSTs are divided into several classes, such as GSTP1, GSTM1 and GSTT1. The GSTP1 gene contains 7 exons and is located in the 11q13 chromosome6. Three different polymorphic GSTP1 alleles have been identified GSTP1*A (OMIM database: 134660.0001), GSTP1*B (OMIM database: 134660.0002), and GSTP1*C (OMIM database: 134660.0003). The different alleles at codon 105 encode either isoleukine (ile) or valine (val), resulting either in homozygous ile in GSTP1*A, heterozygous ile/val in GSTP1*B, or homozygous val in GSTP1*C isomorph7. The combination of isomorphs and the respective polymorphisms are responsible for the different levels of host defense against oxidation8.

Given the major role of oxidative stress in the immature neonatal lung, we tested the hypothesis that variation in the GSTP1 polymorphisms could be associated with an increased susceptibility to BPD and /or disease severity in preterm infants.

A case-control prospective study was carried out between 1/2008-12/2008, in the 2nd NICU of Aristotle University of Thessaloniki, at the Papageorgiou General Hospital, in Thessaloniki, Greece.

The study group consisted of all premature infants <32 weeks gestational age (GA) that were admitted to the NICU and developed BPD during the study period. The control group consisted of two subgroups: a subgroup of premature infants <32 weeks GA that did not develop BPD and a subgroup of healthy term neonates of 37-42 weeks GA (without respiratory or any other problem), receiving care to our NICU during the same period.

Neonates with major congenital malformations, genetic syndromes or those that did not survive up to the 36th week of GA were excluded from the study. Infants with Intrauterine Growth Restriction (IUGR) were also excluded, due to the questionable association of the intrauterine stress with the polymorphism9. Demographic characteristics (GA, birth weight, gender) and clinical data [delivery mode, Apgar scores, maternal chorioamnionitis, total hospitalization days, patent ductus arteriosus (PDA), necrotizing entrerocolitis (NEC), intraventricular haemorrhage (IVH) I-II] of each patient were recorded and further analysed.

Genomic DNA was extracted from peripheral blood leukocytes, at 36 weeks GA for preterms or at 37-42 weeks of GA for term neonates, according to standard procedures11. The relative part of GSTP1 gene, including the 105val-ile polymorphism, was amplified by polymerase chain reaction (PCR), using the following procedure: initial denaturation at 95° C for 5 minutes followed by 30 cycles of 94° C for 45 seconds (denaturation step), 57° C for 50 seconds (annealing step) and 72° C for 45 seconds (elongation step), with a final extension at 72° C for 10 minutes. The PCR products were digested at 55o C with the BsmAI restriction enzyme, yielding a 176 bp fragment for 105ile allele and a 91 bp and 85 bp fragments for 105val allele, respectively. Digestion products were resolved in 4% agarose gel, stained in ethidium bromide solution and visualized with an ultraviolet light. Genotyping was performed with the identification of homozygous ile, heterozygous ile/val and homozygous val individuals.

The study was approved by the Human Investigation Committee of Papageorgiou General Hospital and informed consent was obtained for each participant. 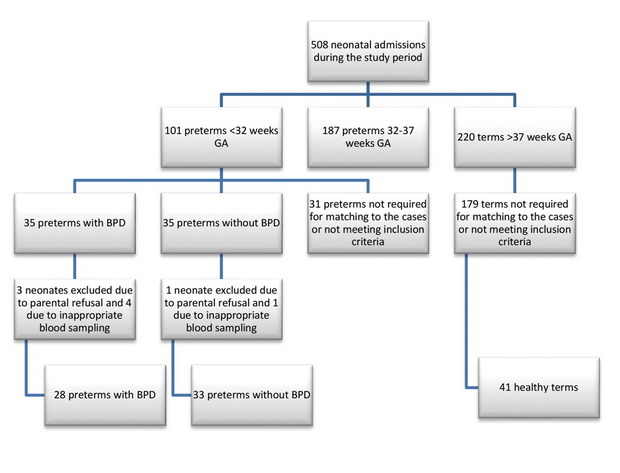 Figure 1: Flow of patients and controls during the study period.

Fifty four (53%) neonates were males. Gestational age and birth weight were lower in the groups of premature neonates, while the rates of in vitro fertilization (IVF) conception and Caesarian Section (CS) delivery were higher in the same group (Table 1).

The clinical characteristics of the two groups of preterms are presented in Table 2. Preterm neonates that developed BPD required hospitalization and respiratory support (O2 administration, conventional ventilation, CPAP) for a longer period of time and developed IVH I-II at a higher rate compared to preterm controls. However, no significant differences were recorded between the two groups, regarding Apgar scores, surfactant administration, maternal chorioamnionitis, PDA or NEC development. Among the preterms with BPD, 5 neonates (18%) were classified as having mild, 8 (28%) moderate and 15 (54%) as having severe BPD.

The GSTP1 genotyping frequencies are presented in Table 3. The homozygous ile isomorph was identified in a total of 78 neonates, including 23 preterms with BPD, 23 preterms without BPD and 32 term controls. Eighteen neonates had the heterozygous ile/val isomorph, including 4 from the case group, 6 from the preterm control and 8 from the term control subgroup. Finally the homozygous val isomorph was identified in 6 neonates: 1 preterm with BPD, 4 preterms without BPD and 1 healthy term. The statistical analyses revealed insignificant difference regarding the distribution of the GSTP1 polymorphisms between the case group and the control subgroups.

The correlation of the BPD severity and the GSTP1 polymorphisms was also examined in the group of the preterms that developed BPD (Table 4). The homozygous ile isomorph was predominantly identified: in 4 neonates with mild BPD, 8 with moderate and 11 with severe BPD. However, no correlation between the distribution of the GSTP1 polymorphisms and the BPD severity was found.

As demonstrated in previous studies, the molecular basis of BPD is well established and has been identified in surfactant proteins (SP), immune system proteins and antioxidant defenses. The polymorphisms in the intron 4 of the SP-B can modify the severity of the BPD12,13 while SP-A1 polymorphism 6A6 can be also an independent risk factor for the disease14. Furthermore, the severity of BPD has been associated with the variability of genes encoding Toll-like receptor’s (TLR), especially TLR5 and TLR415,16.

Regarding the GSTP1 polymorphic alleles, the effectiveness of homozygous val compared to ile isomorph in antioxidant defense and the protective role of val isomorph against respiratory diseases has been evaluated both in vitro and in human studies17-19. As it has been previously examined, in an adult Caucasian population18, there is a strong correlation between the different polymorphisms of GSTP1 and bronchial hyperresponsiveness (BHR) and asthma, since the homozygous val isomorph was associated with lower incidence of the disease and reduced risk for airway inflammation.

Manar et al recently examined the genetic predisposition to BPD in the GSTP1 polymorphisms in a population of African-American children20. The main outcome of that study, comparing a group of premature infants with a group of term/near term controls, was a significant association between ile allele and the development of BPD. The presence of homozygous val isomorph was more effective against BPD, as the controls expressed that isomorph in a higher rate compared to neonates with BPD (23.5% vs 5.9%). However, a subsequent study performed by Cooke et al, could not demonstrate any association between GSTP1 polymorphisms and the development of BPD in a group of Caucasian preterm neonates21. Homozygous val isomorph was equally identified in preterms with BPD and preterms without BPD (43% vs 36%). This discordance between the two studies could potentially be explained by the differences in genotyping methodology between term and preterm controls that were used in each study.

Similarly to the study of Cooke et al21, our data could not confirm the previously described protective role of the val allele against BPD, or any association between the GSTP1 genotyping and the severity of BPD.

The main limitation of our study was the relatively small number of cases.

In summary, our results could not validate any association between the GSTP1 polymorphism and the development of BPD and/or the severity of the disease.

The authors have no financial disclosures or conflicts of interest.