Introduction: Anaphylactic shock and pulmonary edema are unusual but life-threatening adverse reactions to drugs. We encountered a case of serious anaphylactic shock and acute pulmonary edema caused by a single oral intake of acetazolamide, a frequently used medication by several medical specialties especially in ophthalmology.
Case presentation: An 80-year-old female was admitted to our emergency Coronary Unit presenting symptoms and signs of shock with acute pulmonary edema. Patient was hospitalised at the Opthalmological Department with intention to undergo cataract surgery. Approximately, four hours before operation, half a tablet of acetazolamide 250 mg was given, in order to control her pre-operative intraocular pressure. Half an hour later, she complained of nausea, became cyanotic, and suffered acute respiratory failure with characteristic massive pulmonary edema. Ventilatory support was initiated and O2 saturation increased to 89%. She was administered 2 ampoules of intravenously furosemide. The blood chemistry panel was normal, as well as myocardial cytolysis tests. Chest radiograph showed enlarged cardiothoracic index, ill-defined vessels, peribronchial cuffing, alveolar edema. An echocardiogram showed normal atria and ventricles, normal systolic function, and excluded pulmonary hypertension. Furosemide (40 mg/IV, S: 1×3) and oxygen (8 Lt/min) were administered for the following 24 hours. Clinical improvement was seen and the O2 saturation was normalized. ECG controls were normal. The patient experienced a full recovery and was discharged 3 days later.
Conclusion: The relationship between anaphylactic shock with acute pulmonary edema and acetazolamide seems highly probable in this case, considering the short time between drug assumption and onset of symptoms (about 30 minutes) and the absence of previous diseases to which symptoms could be related. The patient was not previously treated with acetazolamide. Nowadays, the clinical use of acetazolamide is very limited. Its principal uses are in the preoperative treatment of closed angle glaucoma and continuative therapy of open angle glaucoma.

Acetazolamide is a carbonic anhydrase inhibitor used to treat glaucoma or to remove excess body water1. It is sometimes useful, also, as an adjunct in the treatment of tonic-clonic, myoclonic, and atonic seizures, particularly in women whose seizures occur or are exacerbated at specific times in the menstrual cycle. The anticonvulsant activity of acetazolamide may depend on a direct inhibition of carbonic anhydrase in the CNS, which decreases carbon dioxide tension in the pulmonary alveoli, thus increasing arterial oxygen tension1. The diuretic effect depends on the inhibition of carbonic anhydrase, causing a reduction in the availability of hydrogen ions for active transport in the renal tubule lumen1. This leads to alkaline urine and an increase in the excretion of bicarbonate, sodium, potassium, and water2. On the contrary, there is very low probability of serious anaphylactic shock inducement and acute pulmonary edema after acetazolamide oral administration3.

An 80-year-old female was admitted to our emergency Coronary Unit of Department of Cardiology presenting symptoms and signs of shock with acute pulmonary edema. The patient was hospitalised at the Department of Ophthalmology in order to undergone surgery for cataract under local anaesthesia at her left eye. All preoperative controls were normal, and no major disease was identified on anesthesiological examination, in particular, no signs of myocardial failure were observed.

Her previous includedmedical history is: arterial hypertension, diabetes mellitus, hyperuricaemia, obesity, dyslipidemia and hypothyroidism. Furthermore, her family history was clear as she mentioned. There was no history of allergy or hypersensitivity. She never smoked or consumed alcohol.

On admission, her blood pressure was regular, 115/70 mmHg, pulse rate was 70 beats per minute sinus rhythm, and she was in no acute distress at rest. Temperature was 36.7 0C. Her lungs revealed mild exhaling wheeze but had no decreased breath sounds in the bilateral bases. Cardiac examination revealed a regular heart with no murmur, rubs or gallop.

Approximately, four hours before the start of the operation, half a tablet of acetazolamide 250 mg (Diamox) was given in order to control her pre-operative intraocular pressure. Half an hour later, she complained of nausea, became cyanotic and suffered acute respiratory failure with characteristic massive pulmonary edema. At the initial evaluation, the following findings were noted: Arterial Systolic Pressure: 79 mm Hg, Arterial Diastolic Pressure: 52 mmHg, heart rate: sinus rhythm with 62/min, dyspnea, tachypnea (~40 breaths per minute), O2 saturation 77 % and axillary temperature 36.7 0C. On chest auscultation, diminished alveolar murmur, simultaneously, with the presence of basilar crepitations-rales and prolonged expiration were found.

Arterial blood gases when breathing room air were PaO2: 70.9 mm Hg, PaCO2: 39.6 mm Hg, pH 7.296, HCO3–: 16.9 mEq/l. Ventilatory support was initiated by using positive pressure assisted ventilation through a nasopharyngeal mask in combination with 35% oxygen administration and O2 saturation increased to 89%. She was given positive inotropic and sympatheticomimic substances intravenously such as dobutamine and dopamine. Her arterial pressure started to rise half an hour later. Then, she was administered 80 mg of intravenous furosemide. Blood chemistry panel was normal, as well as myocardial cytolysis tests. 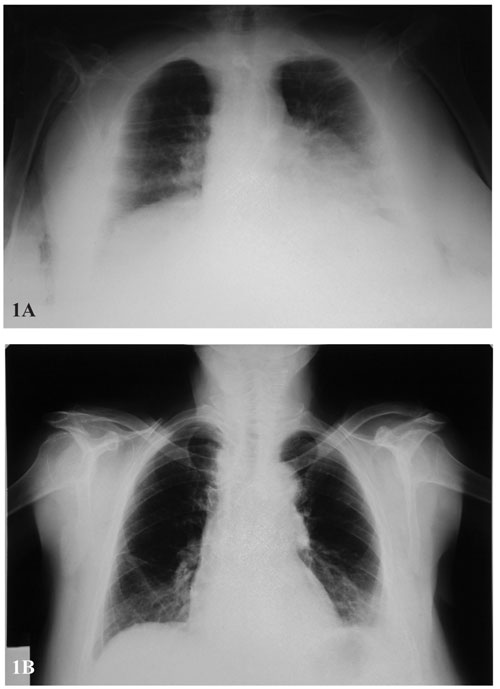 Figure 1: A) After the oral administration of acetazolamide, B) After full recovery of the patient.

Furosemide (40 mg/IV, S: 1×3) and oxygen (8 Lt/min) were administered for the following 24 hours. Clinical improvement was seen and the ventilatory and haemodynamic support were discontinued, O2 saturation normalized. ECG controls were normal. The patient experienced a full recovery and was discharged 3 days later (Figure 1 B, Figure 2 C, D). 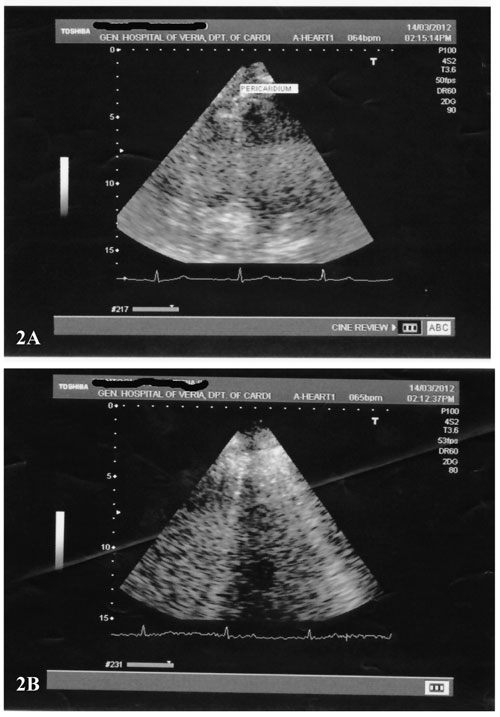 Figure 2: A, B) Transthoracic Echocardiogram of the patient. 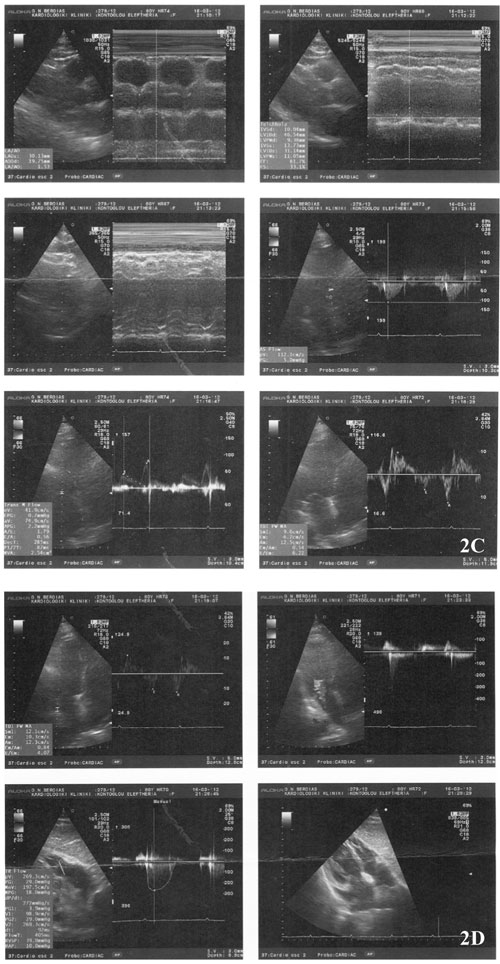 The exact cause of the drug-induced acute pulmonary oedema remains unknown although recently an immunologically mediated mechanism has been described11. It is well known that acute allergic reaction is associated with vasculitis11 which leads to increased permeability of pulmonary capillaries, a fact that cannot be proven for obvious reasons. To our knowledge there are no references in the literature supporting this theory.

Clinicians and ophthalmologists should be aware if any sign of anaphylactic shock are experienced in patients who take acetazolamide orally. We also suggest the careful monitoring of patients with prior history of allergic reactions to sulphonamides or to other drugs during oral administration of the first dose of acetazolamide.