Leontiasis ossea, also found in the literature as leontiasis or lion face, is a rare medical condition with characteristic overgrowth of the facial and cranial bones. The term leontiasis ossea is reported to be first coined in 1864 by the famed Virchow1. Leontiasis ossea is not itself a disease, but a condition of other diseases such as Paget’s disease, gigantism, fibrous dysplasia, hyperparathyroidism and renal osteodystrophy.

Usually, this condition involves one or both maxillary bones which progressively increase in size and expand into the orbital, mouth, nose and adjacent sinuses2. Bone overgrowth leads gradually to development of exophthalmos and result to complete vision loss by compression of the optic nerve. Nasal breathing and food intake are also influenced as the condition progresses.

During the last decade this uremic complication is less frequently reported in the literature. This is probably due to better dialysis and better medical control of the secondary hyperparathyroidism. We report the case of a female patient who developed leontiasis ossea as a consequence of long-lasting uncontrolled hyperparathyroidism and of noncompliance with her dietary and medical treatment.

A 36year-old woman had been treated with chronic hemodialysis for glomerulonephritis since the age of ten (for 26 years). Since childhood, she had been noncompliant with her diet and medication; her secondary hyperparathyroidism deteriorated over the years. Apart from this, she had been anti-HCV positive for more than 15 years with severe thrombocytopenia (platelets ranged between 10 and 50 x103/mm3). Serum calcium level was consistently within the normal range but serum phosphate was mainly above 2.2 mmol/L. Her biochemical analyses showed elevated alkaline phosphatase (between 700-1100 U/L, normal range: 34-160 U/L) and iPTH above 2500 pg/ml (normal range: 10-69 pg/ml) for the previous six years. She had been treated by low-calcium dialysate and aluminum-based phosphate binders. At that time, calcimimetics were not available in our country, and vitamin D metabolites were not indicated due to very high serum phosphate and CaxP level. Ultrasound had shown enlarged parathyroid glands and the patient experienced spontaneous fractures of ribs and changes in the structure of all bones, corresponding to the underlying hyperparathyroidism (changes were revealed by X-ray). Extraosseous calcifications were also apparent, including the peripheral arteries and the heart. At the time, she refused surgical treatment. In the meantime, she lost around 16 cm of height and developed pronounced kyphoscoliosis. During the two past years, she noticed progressive swelling of her face and experienced difficulties with speaking and swallowing solid foods (Figure 1). X-Ray revealed hyperostosis of the facial and calvarial bones (Figure 2). Her clinical status deteriorated over time, and she developed malnutrition due to pronounced difficulties with foods intake. At that point, she accepted the proposed surgical treatment but unfortunately, her platelets could not be corrected even after repeated transfusions and corticosteroid support. The patient succumbed due to repeated spontaneous bleedings that did not respond to therapy with transfusions of platelets, fresh frozen plasma, and other supportive therapy; she died after 27 years on dialysis. 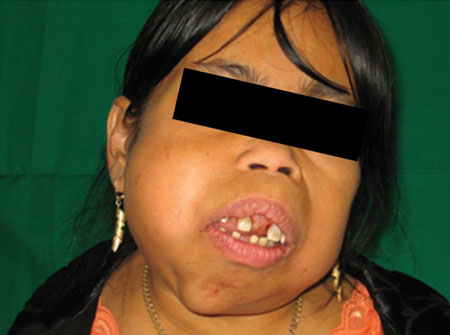 Figure 1: Frontal view of the 36-year-old woman with leontiasis ossea (with written permission). 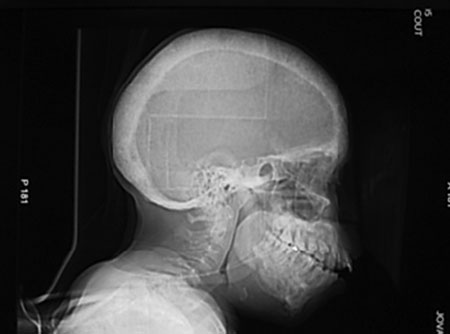 Figure 2: Lateral view of the skull, X-Ray of the 36-yearold woman with leontiasis ossea.

The craniofacial skeleton is one of the peculiar targets of uremic hyperparathyroidism with most dramatic pattern the form of leontiasis ossea3,4. It is important to recognize the features of uremic leontiasis ossea as it may result in life-threatening upper airway obstruction and compressive cranial neuropathy5. Such lesions in the craniofacial bones often pose a difficult diagnostic dilemma. Fibrous dysplasia, giant cell tumor, Paget’s disease, ossifying and non-ossifying tumors, may have similar radiological appearance in this region. Even bone biopsy can be unhelpful. Clinical and laboratory data may facilitate the accurate diagnosis. Our patient had a long-lasting history of uremia and uncontrolled mineral metabolism: elevated serum phosphorus, alkaline phosphatase, and iPTH. Although we had corrected serum calcium level by low-dialysate solution and non-calcium based phosphate binders, serum phosphorus level had been uncontrolled due to noncompliance. Vitamin D analogs could not be applied, and calcimimetics were unavailable. However, literature data has shown that this complication may progress even with a high-dose of cinacalcet therapy6.It is possible that at this stage of the disease, the patient has tertiary hyperparathyroidism when treatment is rarely successful7.

The presented case report highlights the importance of early diagnosis and treatment of secondary hyperparathyroidism including timely surgical intervention. During hemodialysis patients often develop numerous comorbid conditions that may interfere with the existing disease and prevent further treatment, as was the reported case. Once she had accepted surgical treatment, it proved unfeasible due to her bleeding tendency, caused by the chronic hepatitis C and thrombocytopenia.

Today leonatiasis ossea is a rare medical condition in patients with end-stage renal diseases. Still, in noncompliant patients uremic leontiasis may develop in which case the treatment is rarely successful or even contraindicated due to other comorbid conditions.