Introduction: Intima-media thickness (IMT) of the carotid artery is a widely accepted parameter for detection and quantification of atherosclerosis. The aim of the study was the evaluation of the impact of changes of IMT on the mortality of patients on hemodialysis.

Methods: The study was organized as a prospective and observational one. Intima-media thickness was determined by ultrasound in 194 patients who were evaluated every year during a three-year period. We analyzed the mortality rate of patients on hemodialysis in relation to their biochemical parameters, demographic and anthropometric characteristics, type of dialysis, smoking habits and statin therapy.

Conclusion: Dynamic changes of IMT of the carotid arteries during the first two years were found in our study to be predictors of mortality in patients on hemodialysis.

In patients with severe forms of kidney disease, vascular changes occur most frequently in the early course of the disease and increase with disease progression1. Patients on hemodialysis (HD) have a higher risk of developing cardiovascular disease (CVD) and stroke, than the general population2,3.

Changes in artery wall structure due to atherogenesis are reflected primarily by the thickening of the intima media (IM). Epidemiological population studies have established that IM thickness is a predictive morbidity risk factor in the general population. Moreover, these structural changes in the arterial wall are a reliable indicator of early atherosclerosis4-7. Consequently, measuring IM thickness of the carotid artery has been considered a generally accepted method for the detection and quantification of subclinical forms of cardiovascular disease. This diagnostic procedure for recording the morphology of the carotid artery is technically feasible with almost no risk to the patient; it can quantify atherosclerosis and can be used in studies of short duration. Moreover, it is not expensive and can be used with minimal financial resources8-11.

The aim of this study was to determine the impact of dynamic changes of thickening IM of the carotid artery on the mortality of patients on HD.

The survey was conducted at the Center of Nephrology and Dialysis, of the Clinical Center of Kragujevac, Serbia. In this prospective observational study, a total of 194 patients were monitored for a 3-year-period by the standard team of physicians.

The patient selection criteria included HD treatment for at least three months, and clinical stability as indicated by the absence of complications requiring hospitalization during the previous six months. The exclusion criteria were: previous history of cardiovascular or cerebrovascular complications, carotid artery surgery and chronic inflammation or cancer.

The age, sex and duration of HD expressed in months, were registered for all patients. The type of HD (bicarbonate/hemodiafiltration), the history of smoking habits and statin therapy were recorded. Adequacy of HD was calculated by the urea kinetic model Kt/V, according to the formula of Daugirdas13.

Ultrasonography of the carotid arteries

Artery imaging was done on a SHIMADZU SDU-2200 instrument (Tokyo, Japan), using a 7.5 MHz high-resolution linear phased array, color imaging transducer. Wall thickness was not determined at the plaque containing sites. Standard measurements were made two cm above and below the carotid bifurcation, with three measurements on each side. IMT was derived as the mean of these six measurements14. Ultrasound measurements of IMT were performed at baseline (IMT0), and at the end of the first (IMT1), second (IMT2) and third years of observation (IMT3).

Descriptive statistical parameters included mean, median and standard deviation (SD). The continuous variables were compared using either Student’s t-test (for normal distribution) or the Mann-Whitney test (for non-normal distribution). The Wilcoxon rank sum test was deployed to estimate the statistical significance of the changes in IMT. Variables differing at a probability level of p<0.05 were included in Pearson’s correlation and multiple linear regression analysis, to determine the relationship between the predictors and the survival rate (dependent variable). The Cox regression model was used for survival analysis and Kaplan-Meier analysis to determine the cumulative survival rates. The criterion for statistical significance was set at p <0.05. The statistical analysis was made using SPSS version 22.0 (SPSS Inc., Chicago, IL, USA) and INSTAT software programs (GraphPad Software Inc., La Jolla, CA, USA). 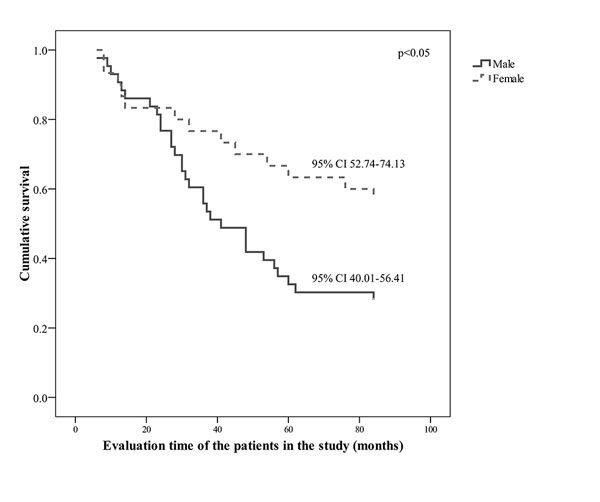 Figure 1: Kaplan-Meier survival curves of of the 194 patients on dialysis in relation to their gender. 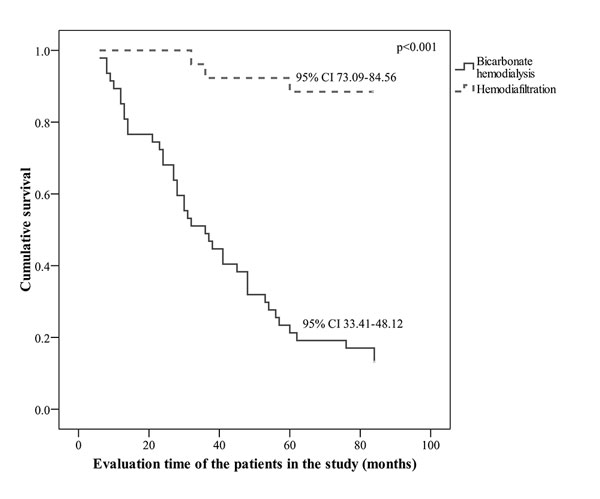 Figure 2: Kaplan-Meier survival curves of the 194 patients in relation to type of dialysis.

It is generally accepted1 that patients on HD have 10-20 times higher risk for cardiovascular disease and 5-10 fold higher incidence of stroke. These result from an atherogenic process, caused by a variety of metabolic disbalances, and can only partly be explained by the well-known reasons connected with the final stage of renal failure or the treatment method15. Some authors suggest that HD treatment leads to induction of the complement system and increased levels of proinflammatory cytokines, which can stimulate atherogenesis. On the other hand, hemodiafiltration might be a way to reduce inflammation in chronic HD patients, although the findings of certain studies16 do not support a protective role for hemodiafiltration in regard to inflammation. However, studies based on sophisticated parameters of endothelial dysfunction have clearly shown a reduction of inflammatory process and better preservation of the endothelial function as compared with HD17. The field of atherogenesis events in chronic uremia is even more focused on metabolic changes, in response to major injury of the endothelial and smooth muscle cells of the arterial walls18,19. The results of many clinical investigations14, including our previous research14, have shown that measuring the thickness of the IM is useful for the noninvasive assessment of cardiovascular risk. Brzosko et al20 and Kablak-Ziembicka et al21 found greater thickness of IM in men, which was confirmed in the current study.

As shown by the results of the Cox regression model, male gender was related to a shorter life expectancy, although other authors have reported different findings22. Survival of our patients on hemodiafiltration was significantly longer than those who were given bicarbonate HD, which is consistent with the results from recent clinical trials. This is probably due to the enhanced clearance of small and medium-sized molecules, improved hemodynamic stability and reduced activation of the complement system during hemodiafiltration23-27.

Many studies have indicated that uric acid may be a relevant parameter and an independent risk factor for CVD, but the mechanism remains unclear. It is assumed that endothelial dysfunction could predispose to oxidative stress. A high concentration of uric acid in patients with arterial hypertension is considered to be an integral part of the complex biochemical changes that characterize the metabolic syndrome29. Our results, which showed a positive correlation between IM thickness of the carotid arteries and uric acid concentration, support the view that both these parameters should be included among the components of the metabolic syndrome.

A potential explanation for the lack of effectiveness of statin therapy to reduce CVD in HD patients suggests that cholesterol does not have crucial atherogenic potential in this population30-33. Thus, results of the AURORA study34 showed that lowering the peripheral cholesterol level with statin therapy does not necessarily reduce cardiovascular risk and this state is known as an inconsistent (or inverse) relationship between cholesterol concentration and outcomes in patients undergoing HD. However, hypertriglyceridemia is a major feature of uremic dyslipidemia, and many studies support the idea of the extreme atherogenic capacity of triglycerides and their contribution to atherosclerosis30-34. Our results showed a positive correlation between triglyceride concentrations and carotid artery IM thickness, confirming that triglycerides had a significant atherosclerotic capacity.

Progression of the mean IM thickness was more apparent during the second year of our study than during the final year. Elevated levels of creatinine, albumin, LDL-cholesterol and BMI in hemodiafiltration patients, compared to those treated by bicarbonate dialysis, probably indicate the impact of favorable nutritional parameters – an important survival factor for patients on HD, as pointed out earlier35. The lower mortality and the reduced progression of IM thickness between the second and third year were probably due to the introduction of hemodiafiltration treatment, which may also significantly decelerate the course of atherogenesis.

The present study has some limitations. Inclusion criteria were very strict (aforementioned in the methodology), thus limiting the size of the examined group.

A comprehensive approach to the problem of atherosclerosis in HD patients requires further engagement with the aim of organizing a well-stratified study, with a larger number of respondents, especially through evaluation of survival rates of patients in relation to carotid artery IMT. Our results may represent a rational basis for a larger study aimed at assessing the clinical relevance and the impact of progressive thickening of the carotid artery IM on mortality of HD patients.

Women and patients on hemodiafiltration have a higher survival rate. Elevated concentrations of lipid fractions were positively correlated with carotid IMT. Dynamic changes in IMT characterized the patients who died during our study. Thus, increasing IMT of carotid arteries, and duration of dialysis were significant predictors of mortality among patients in our study.

The authors state no conflict of interest.